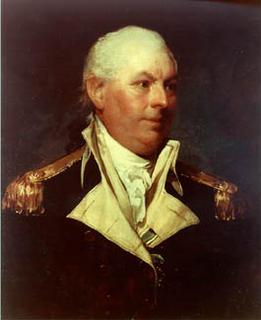 When I posted the image of US warship in a gale.

I never thought I would look into the US warships in more detail.

I came across Commodore John Barry.

John Barry was born in 1745 in Tacumshane in the county of Wexham in Ireland. He went to sea as a boy on merchant vessels. At the age of 30 he was a prosperous ship's master, his home was in Philadelphia.

With the outbreak of hostilities with Great Britian in 1776, he was given the command of the frigate "Lexington", he was the first to capture a British warship "The Edward", the following year he was transferred to command "The Effingham" and soon claimed another captive.


On signing of the armistic on 20th January 1783, Barry, on a Congress who were unwilling in granting funds, took eleven years of remonstrations and undening efforts and successive disappointments , his dream of building new warships were realized. The first of them was the frigate "United States", and was built under Barry's close supervision and he became her commaner.

Congress recognized his achievements of their naval hero, and Barry was given the rank of Commodore (the highest in the Navy at that time).

You can read more about John Barry HERE
Posted by Mike Smith at Sunday, October 16, 2005