TEN REASONS WHY WE KNOW SANTA IS A MAN.

1. No dress sense.
2. Never replies t...o your letters.
3. The chances of getting what you ask for are NIL.
4. Beer belly.
5. Will only commit to one day a year.
6. Obsessed with stockings.
7. He never stops to ask for directions.
8. Too lazy to shave.
9. He always wears the same clothes.
10. Only willing to do a job where people leave food and booze out for him ... and he doesn't wash the plate up after himself!!!
Posted by Mike Smith at Monday, December 13, 2010 No comments:

For the comming cold winter days ...

FREEZER BAGS: They are male, because they hold everything in...
but you can see right through them.

PHOTOCOPIERS: These are female, because once turned off...
it takes a while to warm them up again.
They are an effective reproductive device if the right buttons
are pushed...but can also wreak havoc if you push the wrong Buttons.


TYRES: Tyres are male, because they go bald easily
and are often over inflated


HOT AIR BALLOONS: Also a male object...
because to get them to go anywhere.....
you have to light a fire under them.


SPONGES: These are female...because they are soft.......
squeezable and retain water.


WEB PAGES:
Female...because they're constantly being looked at
and frequently getting hit on.

TRAINS: Definitely male...
because they always use the same old lines for
picking up people.

EGG TIMERS: Egg timers are female because....
over time...all the weight shifts to the bottom.

HAMMERS: Male... because in the last 5000 years......
they've hardly changed
at all...and are occasionally handy to have around.


THE REMOTE CONTROL: Female. Ha! You probably thought it would be male...
but consider this: It easily gives a man pleasure,
he'd be lost without it...
and while he doesn't always know which buttons to push...
he just keeps trying
Posted by Mike Smith at Wednesday, November 03, 2010 No comments:

The Hero of Rorke's Drift

Twas at the camp of Rorke's Drift, and at tea-time,
And busily engaged in culinary operations was a private of the line;
But suddenly he paused, for he heard a clattering din,
When instantly two men on horseback drew rein beside him.

"News from the front!" said one, "Awful news!" said the other,
"Of which, we are afraid, will put us to great bother,
For the black Zulus are coming, and for our blood doth thirst,"
"And the force is cut up to pieces!" shouted the first.

"We're dead beat," said both, "but we've got to go on,"
And on they rode both, looking very woebegone;
Then Henry Hook put all thought of cooking out of his mind,
For he was surrounded with danger on every side he did find.

He was a private of the South Wales Borderers, Henry Hook,
Also a brave soldier, and an hospital cook;
A soldier of the Queen, who was always ready to obey,
And willing to serve God by night and day.

Then away to the Camp he ran, with his mind all in a shiver,
Shouting, "The force is cut up, sir, on the other side of the river!"
Which caused the officer in command with fear to quiver,
When Henry Hook the news to him did deliver.

Then Henry Hook saluted, and immediately retired,
And with courage undaunted his soul was fired,
And the cry rang out wildly, "The Zulus are coming!"
Then the alarm drums were instantly set a-drumming.

Then "Fall in! Fall in!" the commanders did cry,
And the men mustered out, ready to do and to die,
As British soldiers are always ready to do,
But, alas, on this occasion their numbers were but few.

They were only eighty in number, that brave British band,
And brave Lieutenant Broomhead did them command;
He gave orders to erect barricades without delay,
"It's the only plan I can see, men, to drive four thousand savages away."

Then the mealie bags and biscuit boxes were brought out,
And the breastwork was made quickly without fear or doubt,
And barely was it finished when some one cried in dismay,
"There's the Zulus coming just about twelve hundred yards away."

Methinks I see the noble hero, Henry Hook,
Because like a destroying angel he did look,
As he stood at the hospital entrance defending the patients there,
Bayoneting the Zulus, while their cries rent the air,
As they strove hard the hospital to enter in,
But he murdered them in scores, and thought it no sin.

In one of the hospital rooms was stationed Henry Hook,
And every inch a hero he did look,
Standing at his loophole he watched the Zulus come,
All shouting, and yelling, and at a quick run.

On they came, a countless host of savages with a rush,
But the gallant little band soon did their courage crush,
But the cool man Henry Hook at his post began to fire,
And in a short time those maddened brutes were forced to retire.

Then into the hospital the savages forced their way,
And in a moment they set fire to it without dismay,
Then Henry Hook flew" to assist the patients in the ward,
And the fighting there was fearful and hard.

With yell and shriek the Zulus rushed to the attack,
But for the sixth time they were driven back
By the brave British band, and Henry Hook,
Who was a brave soldier, surgeon, and hospital cook.

And when Lord Chelmsford heard of the victory that day,
He sent for Henry Hook without delay,
And they took the private before the commander,
And with his braces down, and without his coat, in battle array grandeur.

Then Lord Chelmsford said, "Henry Hook, give me your hand,
For your conduct to day has been hereoic and grand,
And without your assistance to-day we'd been at a loss,
And for your heroic behaviour you shall receive the Victoria Cross."

In the hush that was the dawning of a sultry tropic morning
Came suggestion of a rumble far away
We could not say from where, was it here or was it there?
To trace the sound was really hard to say.

As the mist rose from the grasses over hills and mountain passes
The rumble came more clearly to the ear.
As it echoed through the hills down the gullies and the rills,
The suspense filled mortal man with fear.

The rumble came on stronger, sometimes fading sometimes longer,
Looming nearer as each moment passed us by.
Chilling reason now was dawning, urgent bugles tuned a warning
And vultures circled slowly in the sky.

Now the din akin to thunder, made us scan the hills in wonder
The menace froze us solid to the core.
So with ammunition ready, we held our rifles steady,
A thin red line of soldiers braced for war.

We turned wagons on their backs, piled-up rows of mealie sacks,
Sturdy boxes... And all that lay to hand.
Now the heat was so intense, as we built up our defence,
T'was not our choice but we must make a stand.

Then suddenly against the sky, across the ridge, as thick as rye,
We saw a host and heard the stamping feet.
The mountainside became a mass of waving spears like ebon grass,
T'was do-or-die for us... With no retreat.

Four Thousand war-cries thundered as they came against our hundred,
Pouring down the hillsides and the slopes,
A solid wall, of shields, as they raced across the fields,
And encircling 'horns' were closing on our hopes.

We braced ourselves against the shock, our rifles ready at the 'cock'
The mighty Zulu impi now so near.
Our sergeant seeming very calm stood out front with lifted arm,
The sight of him dispelled a little fear.

He firmly ordered, Fire me boys them spears are sharp not toys!
And with those words we sent a hail of lead.
Mid bayonet thrust and cordite fumes, the stabbing spears and ostrich plumes,
The struggles raged around the mounting dead.

With savage conflict through the night our ranks were closed and sorely tight,
They pressed us to the buildings at our rear.
The battle now in Hellish glow from leaping flames set by the foe,
Our weapons red with heat, and hands to sear.

Inside we made a desperate stand, from room to room fought hand-to-hand,
With rifle butt we parried bloodied spear.
Companions falling all around, the Zulus slowly gave their ground.
Until at last the mission house was clear.

We chased them through the smoky pall, o'er the fence and mealie wall,
The rising sun proclaimed the break of day.
Wearily we turned aside to count the gallant men who died.
This carnage was a bitter price to pay.

Men in red coats, pallors white, once proud warriors, black as night,
Mingled where they'd fallen in their gore.
And around the gutted Mission station lay the bravest of the Zulu nation,
To never rise again for evermore...
Posted by Mike Smith at Tuesday, September 21, 2010 No comments:

All you need to know about Rorkes Drift .. 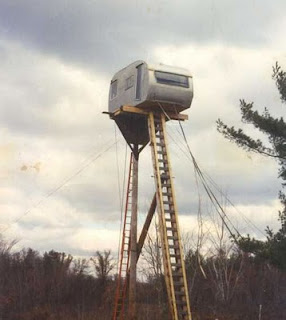 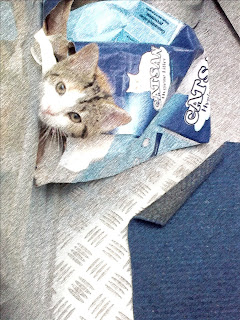 This was a photo of Our little Kitten Lou Lou, and I used a drawing program called FotoSketcher.

It works well, but other photo's may have a different effect, but well worth a try.
Posted by Mike Smith at Thursday, July 22, 2010 No comments: 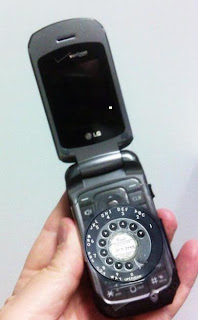 He doth not speak in parable
Or whisper soft and low,
So all the folk of Ladysmith
His ever every accent know;
For he can bend the stiffest back
And mould the strongest will,
He’s quite a little autocrat,
Long Tom o’ Pepworth’s Hill.
We listen when he speaks in wrath,
We’re braver when he cools,
Yet he is very kind to men
If somewhat rough on mules.
He brings us bounding out of bed
When we would fain lie still,
We grumble but we all obey
Long Tom o’ Pepworth’s Hill.
A breezy bluff intrusive sort,
He visits everywhere,
Sometimes he seeks your cellar cool,
Sometimes your easy chair.
Sometimes he enters by the roof,
Sometimes the window sill,
It’s vain to say you’re not at home
To Tom o’ Pepworth’s Hill.
Posted by Mike Smith at Friday, May 28, 2010 No comments:

The Borough of Ladysmith.

The Borough of Ladysmith was Shelled on November 2, 1899.(Anonymous)


All within the leagured Bobs,
Calm and peaceful as of yore,
Sat the people silently waiting
The dread cannon’s awful roar.
Overhead the sun was shining,
All serene the landscape lay.
Waiting for the great disturbance
All expected on that day.
Then broke forth a voice of thunder -
With the shock the air was rent -
Overhead there came a something -
Instantly every head was bent.
Part a whistle – part a howling -
Part a scream. And part a yell –
Then a shock – a noise of bursting.
’Twas the “murmur of the shell”.
Posted by Mike Smith at Sunday, May 16, 2010 No comments:

Well, I have decided, that I must keep this blog upto date.


I will (I hope) post atleast once a week.

See you all soon. 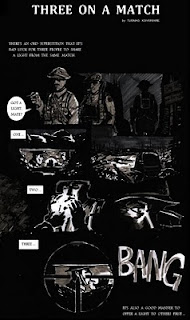 Click on Image to enlarge.
Posted by Mike Smith at Saturday, January 23, 2010 No comments: