What Happened on New Year's Day ?

Here is just a few things I found that happened on New Years Day ...


1941: In a speech decrying the war in Europe, Pres. Franklin D. Roosevelt announces America's principles of "Four Freedoms" (freedom of speech, freedom of worship, and freedom from want and fear) desired for the world--freedoms which pointedly were not encouraged, then or later, for countries whose dictators were installed and/or supported by the US for Cold War purposes.


1942: Rose Bowl played in North Carolina due to the Japanese threat to Pasadena.


1960: The Man in Black--singer/ex-convict Johnny Cash--plays San Quentin, the first of many concerts he will perform for to prison inmates.

1983: Women break into cruise missile base and dance on silos. Greenham Common, Britain.

And then there is the Chinese Calendar , Which makes interesting reading. 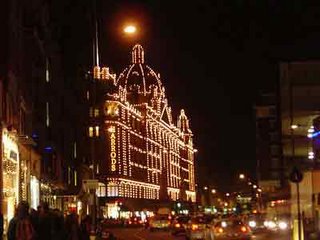 And finally, Harrods Christmas Lights, and me Wishing You All a Happy New Year ..
Posted by Mike Smith at Saturday, December 31, 2005 No comments:

A man in his 40's bought a new BMW and was out driving on the motorway at top speed when he suddenly saw flashing police lights behind him. 'There's no way they can catch a BMW,' he thought to himself and sped up even more. Then the reality of the situation hit him, 'What the heck am I doing?' he thought and pulled over. The policeman came up to him, took his license without a word, and examined it and the car.

"It's been a long day, it is the end of my shift, and it's Friday the 13th. I don't feel like more paperwork, so if you can give me an excuse for your driving that I haven't heard before, you can go."

The guy thinks for a second and says, "Last week my wife ran off with a policeman. I was afraid you were trying to give her back."

I have my sister and her husband over from New Zealand for the Xmas holidays. Yesterday we went up to London (Oh, I hate that place).

Anyway, my sister took lots of photographs and while taking one the camera went beserk and showed that all the photos were gone. On arrival at home I tried to download these pictures but all were lost.


So it was down to Google, and it came up with This

After downloading the trail version and running it, it found all the photos on the card, although I was unable to recover them until I have purchased the full version. I thought it was worth a shot so I bought it, entered the registration number and bingo. My sister now has all the photos she took in London to take back for her memories.


So, if you have a problem with your memory cards, try this program. It works a treat.
Posted by Mike Smith at Wednesday, December 28, 2005 7 comments:

From Pen to Paper

Find this poem on this Blog


I am very impressed with this poem.
Posted by Mike Smith at Tuesday, December 27, 2005 3 comments:

The Christmas Truce of 1914

One of the most remarkable, and heavily mythologised, events concerns the 'Christmas Truce' of 1914, in which the soldiers of the Western Front laid down their arms on Christmas Day and met in No Man's Land. 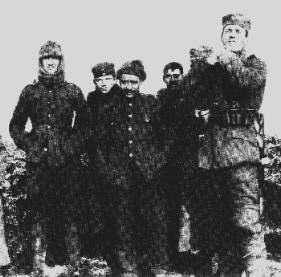 The above link is a great site by Tom Morgan, Not been updated since 1997, but the information is excellent.

The movie Le Joyeux Noel explains the harmony between the two fighting forces.
Posted by Mike Smith at Monday, December 26, 2005 No comments: 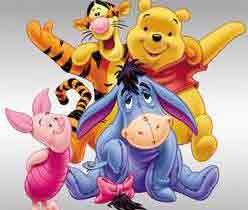 ’T was the night before Christmas, when all through the house
Not a creature was stirring,—not even a mouse;

The stockings were hung by the chimney with care,
In hopes that St. Nicholas soon would be there. 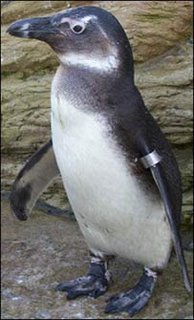 Who would want to steal this penguin, read the story HERE
Posted by Mike Smith at Wednesday, December 21, 2005 2 comments:

Take a look at "Save the Forrest Blog" 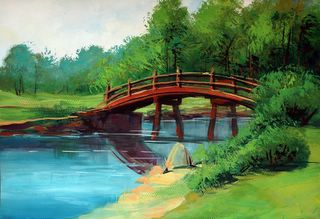 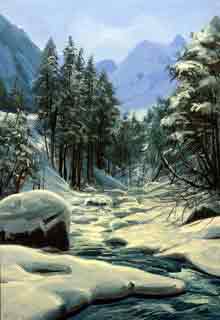 How Evil or Good are you ? 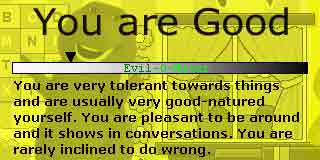 How Evil Are You ?


Thank you to dubiouswonder for the link. 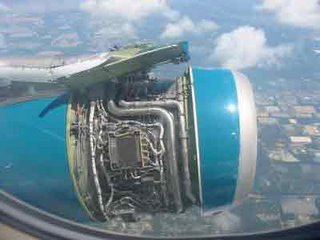 This is out of this world. It must have taken ages to sort out.


Perhaps the best Yuletide decoration is being wreathed in smiles.
-Unknown 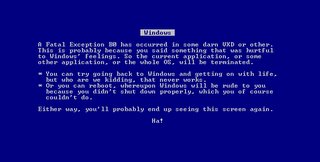 Still working on my network, although its working fine, I am getting the BSOD (blue screen of death) now and again. After lots of phone calls with India, they have asked a experts in the UK to call me. As its Saturday they will probably ring one day next week and I will be back to work (had the week off). How do these expect me to sort out my laptop when I am at work and the laptop is at home ?

Oh well, back to a few more projects ... Soon you guys.
Posted by Mike Smith at Saturday, December 17, 2005 No comments:

If you have a web site, try to avoid the Annoying Things
not to have on your site. 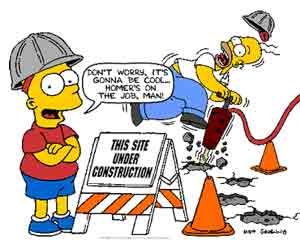 I have to admit that some of the annoying things mentioned are on my web pages, but what the heck, we have to learn new things to try ! Well, I like to learn, at the moment I have a number of projects on the go and I am enjoying everyone.


Take a look at the authors Own Site some interesting things there.
Posted by Mike Smith at Thursday, December 15, 2005 No comments:

I have had a few problems with my Network since This Post .

I have been on the phone for quite a while, the network kept dropping, but it seems sorted now. They claim (Netgear) that my cordless phone was causing the trouble and it could even be the Mircowave.


I have to say that they were always helpful, but my only concern was that they were hard to understand, which makes me believe that it is a call centre in a different country (india, at a guess !), but it was a free phone line.


Which brings me to another subject. On sunday when I went to France for the day to collect my xmas goodies, the speaker on the boat was giving details of the law while driving in France. One of the things was that you had to have a GB sticker on the rear of your car, the guy standing next to said " GB - it should be a EU sticker cos we are in euorpe ......... Well I am British and proud of it , I dont want the Euro's, just the good old £sd (pounds shillings and pence). 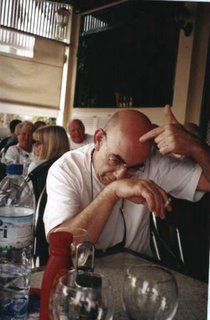 Well, I am a year older and what a year I have had, but we wont go into that!


" On Saturday I bought my Birthday present, but I dont know what it is yet, until the wife gives it to me tomorrow..."

Well, the present I recieved today (which I had no idea about (my fingers were crossed), was a network kit for my desktop and my laptop. Well I got the laptop working through the network and I think I will wait until tomorrow to sort out the desktop. It only took me two hours and most of that was on the phone to Netgear and BT broadband help line. Oh well, atleast its working now.
Posted by Mike Smith at Monday, December 12, 2005 7 comments:

Its my birthday tomorrow, anyone who reads my blog want to wish me a happy birthday .... On Saturday I bought my Birthday present, but I dont know what it is yet, until the wife gives it to me tomorrow...
Posted by Mike Smith at Sunday, December 11, 2005 3 comments:

We (my wife and I) have been away for the weekend, went to Maidstone for a party on Saturday night, so we stayed over from Friday night till Sunday morning.


Went shopping Saturday morning, got loads of pressies. The shopping centre is very large and has all the Top Shops and more, well worth a visit if you are in the area.


Anyway, on Saturday morning, we were in our room having a cup of tea and thinking of getting ready for breakfast. The fire alarm went off, so with only our outdoor coats on top our pyjamas , we go down stairs to find it was a false alarm. The new night porter had forgotten to put a fan on in the kithen. The surprise was that we were the only two. This Hotel has about 20 rooms and it was full up, but no one else acted to the fire alarm. 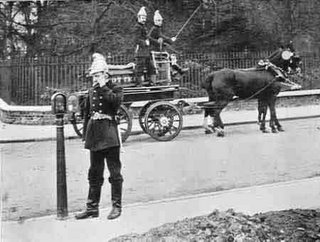 Are these people mad, one day they may not get up at all !
Posted by Mike Smith at Sunday, December 11, 2005 No comments:

Yesterday, all my troubles seemed so far away
Now it looks as though they’re here to stay
Oh, I believe in yesterday.

Suddenly, I’m not half the man I used to be,
There’s a shadow hanging over me.
Oh, yesterday came suddenly.

Why she had to go I don’t know she woldn’t say.
I said something wrong, now I long for yesterday.

Yesterday, love was such an easy game to play.
Now I need a place to hide away.
Oh, I believe in yesterday.


I grew up with this man's music and views. You can read more about John Lennon here
Posted by Mike Smith at Thursday, December 08, 2005 No comments: 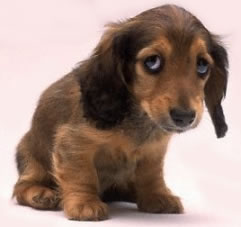 There was a very rich Irishman who had a little dog. It meant the world to him. When the dog died, he went to the priest. “Father Murphy, my little dog is dead. I’d sure enough appreciate it if ye’d say a public mass fer ‘im.”
“Sorry, Patrick,” said the priest,“We don’t say mass fer dogs ‘n’ the like. But you go on down there to the Protestant church.With their progressive thinking,who knows what they’ll do.”
“Well, Father, I wouldn’t want to offend them. Do ya think a donation of a 100,000 pounds would be fitting fer such a service?” Patrick asked.
“Now, Patrick, why didn’t ye tell me that there little dog was a Catholic in the first place!!!”
Posted by Mike Smith at Tuesday, December 06, 2005 No comments: 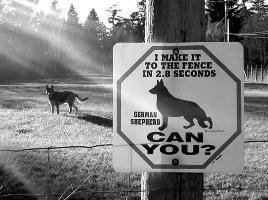 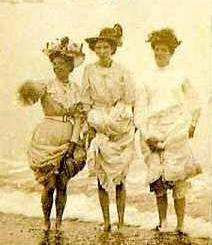 I was going through some pictures in my collection, and found this one. Would you like to go swimming like this. I think it would be very hard. You might like to try it sometime !!

Have a look at The History of Swim-wear.
Posted by Mike Smith at Thursday, December 01, 2005 No comments: