Backup - What you do when you sight a skunk in the woods.

Bug - The reason you is a giv'n for calling in sick.

Cache - Needed when you go to da store.

Crash - When you go to Junior's party uninvited.

Digital - The art of counting on your fingers.

Keyboard - Where you hang the keys to the John Deere.

Megahertz - How your head feels after seventeen beers.

Modem - What ya did when the grass and weeds got too tall. 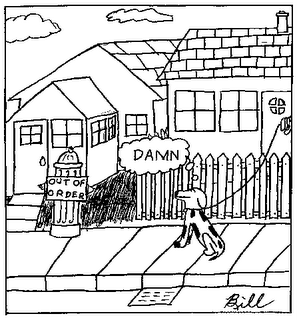 Network - Scoop'n up a big fish before it breaks the line.

Online - Where to stay when taking the sobriety test.

Rom - Where the pope lives.

Screen - Helps keep the skeeters off the porch.

Serial port - A red wine you drink with breakfast.

Superconductor - Amtrak's Employee of the year.

Scsi - What you call your week-old underwear.
Posted by Mike Smith at Saturday, July 29, 2006 No comments:

The Victoria Cross awarded to Capt Alfred John Shout of the Australian Infantry sold for £491,000 in a sale in Sydney.

Capt Shout, born in New Zealand in 1881,fought in The Boer War and was Austrialia's most decorated soldier in the Gallipoli Campaign, died three days after an assult on Turkish Trenches at The Battle of Lone Pine in 1915.


There are plenty of slouch-hatted soldiers in town,
Doughty and debonair, stalwart and brown;
Some are from Weymouth or Salisbury plain,
Others have 'pushed' in the western campaign;

Call them 'overseas soldiers' or 'down under men'
Declare that each is as daring as ten;
Call them cornstalks or fern leaves all out for a fight,
But don't call them ANZACS, for that isn't right.

The ANZACS, their ranks are scanty but all told,
Have a separate record illuminated in gold;
Their blood on Gallipoli's ridges they poured,
Their souls with the scars of that struggle are scored,

Not many are left, and not many are sound,
And thousands lie buried in Turkish ground,
These are the ANZACS; the others may claim,
Their zeal and their spirit, but never their name.


by an unknown Aussie soldier.


My story about Sergent Havildar Singh is another fine example of the heroes of The First World War.
Posted by Mike Smith at Tuesday, July 25, 2006 No comments:

As a kid there was nothing like dragging your finger across the dirty back window of your mom's minivan. Imagine lifting your finger to find you've created a Mona Lisa on the rear glass. Scott Wade of San Marcos, did just that.

You can also read the full story.
Posted by Mike Smith at Sunday, July 23, 2006 No comments:

July 18th 1936 saw the beginning of the Spanish Civil War, when General Francisco Franco (1892–1975),launched an uprising against Sains Republic.

Fancy looking at a Hen Webcam,Hopefully you can see Milly, Tilly and Penny going about their chicken life in the coop!

Is there a hole big enough !!!! First question wrong on Who wants to be a Millionaire
Posted by Mike Smith at Tuesday, July 18, 2006 No comments: 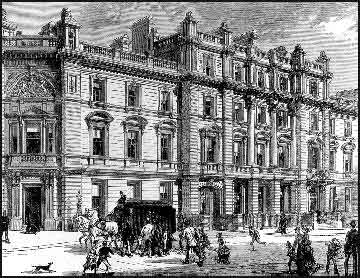 Bow street magistrates’ court is to close after 271 years. It is to be sold to a property develop who is believed to be turning it into a hotel.
There has been a magistrates court in Bow Street since the court system came into being. Some famous people have been in the dock of court 1. Oscar Wilde was sentenced to 2 years hard labour for ‘indecent acts’. William Joyce (Lord Haw Haw) started his road to the gallows via this famous court house.

Restorers have finished work on Nelsons Column after four months. What did they find? The column in Trafalgar Square is 16 feet shorter, instead of being 185feet as was thought it is only 169feet 51 inches.


And I think this the last on the subject of Zinedine Zidane...
Posted by Mike Smith at Friday, July 14, 2006 No comments:

Well. all the football is gone for a little while. It has been exciting with joy and sorrow.

If you missed it on TV, Here is Zinedine Zidane going mad. What a way to end your career.
Posted by Mike Smith at Tuesday, July 11, 2006 No comments:

Zinedine Zidane (born June 23, 1972 in Marseille, France), popularly nicknamed Zizou, is a French Football player of Kabyle Algerian descent who has starred for both the French national team and for four club teams, most recently Real Madrid. Zidane is often considered to be the best footballer of his generation and one of the greatest of all time. A midfielder, his elegant dribbling, balance, passing ability, shot accuracy, shot selection and well placed free kicks have made him one of the game's finest artists.

I am going for France tonight, they are the underdogs, but with this man's talent they may have a enough to see off the Italians.


Edit Note : What a sad way to end the career of a great player. It would be nice to hear his side of the story.
Posted by Mike Smith at Sunday, July 09, 2006 1 comment:

Sergent Havildar Singh of the Royal Artillery was the last surviving Indian holder of the Victoria Cross (VC) until his death in November last year. It was presented to him at Buckingham Palace in October 1945 by George VI.

His son Ved Prakash, who needs urgent replacement surgery on his knee, and his 16 year old daughter needs medical attention since losing her right arm in a electrical fire.


With no money and lots of medical bills, a bidder has offered him six million rupees (£70,000) for his late fathers VC.

But No, his son is not going to sell his father VC. "To me such a sum is a great fortune" he says "My father gave his blood for his medal and The Honour of his memory is more important than money"


The country will come to a standstill at midday on Friday to observe a two-minute silence for the victims of the July 7 London bombings on the first anniversary of the suicide attacks. 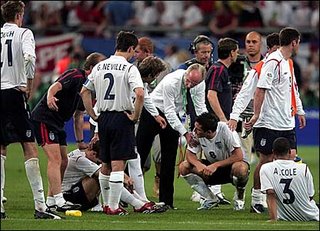 Picture From The BBC web site. 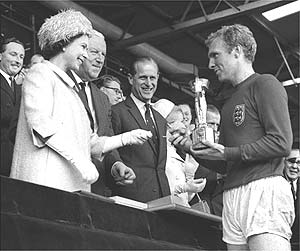 England play in the quarter finals of the World Cup today against Portugal. If we very play well and lose then I would still be happy.


Have a look at Susanne's photoart, here are some great pictures of the support the host team is getting. These pictures were taken before the quarter final with Argentina, so the next set of photographs should be even better.

Some research help is wanted here about the "Schooner H K Hall", Please have a look at this post, any information would be useful.
Posted by Mike Smith at Saturday, July 01, 2006 No comments: