Watch as the US Navy Presidential Ceremonial Honor Guard Drill Team performs in Norway and executes their drills to perfection.
Posted by Mike Smith at Thursday, November 30, 2006 No comments:

Hi Everyone, With fall upon us, and the days getting shorter,I thought you all would appreciate this superb, evocative,masterfully penned ode to the coming winter season.

So, grab a coffee, a comfortable chair, relax and scroll down to enjoy the warm feelings and pleasure that this wonderful poem will bring...

A poem by Abigail Elizabeth McIntyre 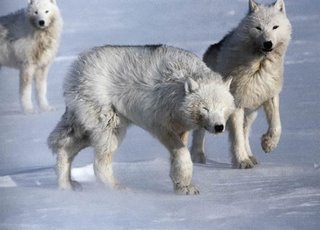 The End
Posted by Mike Smith at Sunday, November 26, 2006 No comments:

A man and his wife are awakened, at 3 o'clock in the morning by a loud pounding on the door.

The man gets up and goes to the door where a drunken stranger, standing in the pouring rain, is asking for a push. "Not a chance," says the husband, "it is 3 o'clock in the morning!"
He slams the door and returns to bed. Who was that?" asked his wife.

"Just some drunk guy asking for a push," he answers.
"Did you help him?" She asks

"No, I did not, it is 3 o'clock in the morning and it is pouring out there!"
"Well, you have a short memory," says his wife. "Can't you remember, about three months ago when we broke down, And those two guys helped us? I think you should help him, and you should be Ashamed of yourself!"

The man does as he is told, gets dressed, and goes out into the pounding rain.

He calls out into the dark, "Hello, are you still there?"
"Yes" comes back the answer.
"Do you still need a push?", calls out the husband.
"Yes, please!" comes the reply from the dark.
"Where are you?" asks the husband

"Over here on the swing!", replies the drunk. 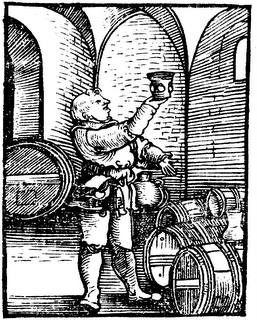 1. Apples, not caffeine, are more efficient at waking you up in the morning.

2. Alfred Hitchcock did not have a bellybutton.

3. A pack-a-day smoker will lose approximately 2 teeth every 10 yrs.

4. People do not get sick from cold weather; it's from being indoors a lot more.

5. When you sneeze, all bodily functions stop, even your heart!

6. Only 7 per cent of the population are lefties.

7. 40 people are sent to the hospital for dog bites every minute.

8. Babies are born without knee caps. They don't appear until they are 2-6 years old.

9. The average person over fifty will have spent 5 years waiting in lines. 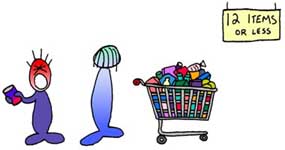 11. The average housefly lives for one month.

13. A coat hanger is 44 inches long when straightened.

15. Your feet are bigger in the afternoon than the rest of the day.

16. Most of us have eaten a spider in our sleep.

17. The REAL reason an ostrich sticks its head in the sand is to search for water.

18. The only 2 animals that can see behind themselves without turning their heads are the Rabbit and the Parrot.

19. John Travolta turned down the starring roles in "An Officer and a Gentleman" and "Tootsie".

21. In most television commercials advertising milk, a mixture of white paint and a little thinner is used instead of real milk.

22. Prince Charles and Prince William NEVER travel on the same airplane, just in case there is a crash.

23. The first Harley Davidson motorcycle built in 1903 used a tomato can for a carburetor.

24. Most hospitals make money by selling the umbilical cords cut from women who give birth. They are reused in vein transplant surgery.

25. Humphrey Bogart was related to Princess Diana. They were 7th cousins. 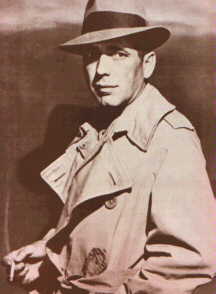 26. If colourings weren't added to Coca-Cola, it would be Green.

Answers: All of the above are true.
Posted by Mike Smith at Monday, November 20, 2006 No comments:

This strange event in British history can be traced back to the old 16th-century Italian commedia dell’ arte tradition, a populist kind of travelling theatre performed by wandering actors. 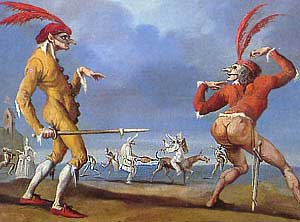 I have never been to a panto, not sure if I want to at my time of life, but I am sure it is good fun for the kids .


Read more about The History of The British Panto.
Posted by Mike Smith at Saturday, November 18, 2006 No comments:

A beautiful blonde calls her boyfriend and says, "Please come over here and help me? I have a killer jigsaw puzzle, and I can't figure out how to get started.
Her boyfriend asks, "What is it supposed to be when it's finished?"

The blonde says, "According to the picture on the box, it's a Rooster."
Her boyfriend decides to go over and help with the puzzle.

She lets him in and shows him where she has the puzzle spread all over the table. He studies the pieces for a moment, then looks at the box, then turns to her and says,

"First of all, no matter what we do, we're not going to
be able to assemble these pieces into anything resembling a Rooster."
He takes her hand and says, "Secondly, I want you to relax. Let's have a nice cup of tea, and then.....", he said with a deep sigh, ....

"Let's put all these Corn Flakes back in the box."
Posted by Mike Smith at Thursday, November 16, 2006 No comments:

It seems a tiny island in the Hebrides caled Colonsay, has had its first burglary in living memory.

This little island has a population of 125 and homes and cars are always kept unlocked. A visiting workman stole £60 from the house of an old soldier. This is the first crime of any kind since 2004, when several cars were stolen and driven around the Island before being dumped.


Th culprit of the burglary, a 38 year old man from Govan in Glasgow was fined £400 and ordered to pay compensation to the 75 year old victim.


Well, modern trends seem to catching up with even the romote of area's. From the reasearch I have completed writing this little article, I would like to visit this little Island, but keep my house locked at all times. 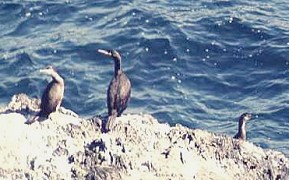 The dramatic cliffs of the western coast of Colonsay are home to enormous colonies of seabirds, notably fulmars, guillemots, razorbills, kittiwakes, shags and all types of gull. The beaches and rocky inlets support colonies of ringed plover, terns, oyster catchers and eiders amongst others.


See more pictures of the wild life on Colonsay HERE ..
Posted by Mike Smith at Saturday, November 11, 2006 No comments:

It is time to elect a new world leader, and your vote counts. Here are the facts about the three leading candidates:

Which of these candidates would be your choice?

"Why in the world do you need cyanide?"

A nice, calm and respectable lady went into the pharmacy, right
up to the pharmacist, looked straight into his eyes, and said, "I would
like to buy some cyanide."

The pharmacist asked, "Why in the world do you need cyanide?"
The lady replied, "I need it to poison my husband."
The pharmacists eyes got big and he exclaimed, "Lord have mercy!
I can't give you cyanide to kill your husband! That's against the law!

I lose my license! They'll throw both of us in jail! All kinds
bad things will happen. Absolutely not! You CANNOT have any cyanide!"

The lady reached into her purse and pulled out a picture of her
husband in bed with the pharmacist's wife.

The pharmacist looked at the picture and replied, "Well now.
That's different. You didn't tell me you had a prescription!”
Posted by Mike Smith at Tuesday, November 07, 2006 No comments:

While searching for information about the Pelican who ate a pigeon, I found this site for Bristol Zoo.Which has some wonderful articles and facts about animals. One of which is about The Victoria crowned pigeon.

I do not like pigeons, but this is a beautiful bird. If you like Pigeons, take a look at This Blog.


Update : My Computer is working fine now. It only took the man a few hours to fix and after 4 years the drive was getting slow, so a full install is just what the doctor ordered.
Posted by Mike Smith at Friday, November 03, 2006 No comments: